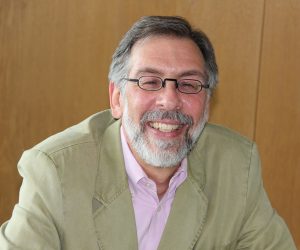 Harvey M. Jacobs was a Professor at the University of Wisconsin-Madison (USA) for 34 years, from 1984 to 2018. There he held a joint appointment in the Department of Urban and Regional Planning and the Nelson Institute for Environmental Studies. In addition, for the seven year period 2012-2019 he served as a Visiting Professor in the Department of Geography, Planning, and Environment at Radboud University Nijmegen, The Netherlands. He is now emeritus.

Prof. Jacobs’ academic and professional specialty is the social and legal aspects of land policy, with a particular focus on property rights – on how communities and societies define property (what is mine, what is yours, what is ours) – and the policy structures they develop to manage the relationship among these different rights in property.

During his career he became known as “Mr. Zoning”, and throughout his career has worked most centrally on issues related to urban sprawl (planned and unplanned peri-urban expansion), farmland protection, and informal settlement upgrading.

Prof. Jacobs has been invited to speak and consult on his specialty at universities and with governments and agencies globally, including in Western Europe, Central Europe, Africa, Asia and South Asia, the Caribbean, and throughout North, Central, and South America.

He has been globally recognized for his expertise including being knighted by the French government in 2008 (L’Ordre des Palmes Académiques, rank Chevalier), having received multiple Fulbright Specialist awards (in 2003, 2005, 2015), and receiving the Albert Nelson Marquis Lifetime Achievement Award from Marquis Who’s Who in 2017 and 2019.